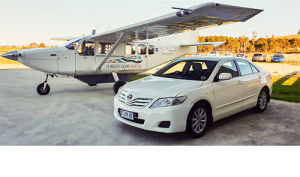 The Flinders Island district covers the Furneaux Group of Islands which lies in Bass Strait to the north east of Mainland Tasmania and consist of a group of 52 islands of variying sizes covering an area of 2,000 square kilometers. The largest island is Flinders Island with an area of 1,400 square kilometers, with a population of around 800 permanent residents,  around 60 residing on Cape Barren Island. Many of the small islands in the group are conservation areas, State Reserves or Nature Reserves under management control of the Tasmania Government. The highest peaks are Mt. Strzelecki on Flinders Island rising to 756m and Mt Munro on Cape Barren Island rising to 687m.

The climate of the Island is maritime. The annual rainfall ranges from about 600mm in the southwest to over 800 mm in the central mountains on Flinders Island. Rainfall is greatest during the cooler months from May to October. The mean minimun temperature in July is 6.0’C and the average temperature in February is 22.5’C. Soil types vary from clay soils developed on granite bedrock to coastal sandy soils. Because of the small catchment size most streams are ephemeral.

The Islands have a wide diversity of wildlife, particularly birds, where the best known are the Short-tailed Shearwater (muttonbird) and the Cape Barren Goose which is regarded as one of the world’s rarest goose species.